Nebraska is home to large populations of whitetail deer.  Which means more whitetail deer = more chances for the trophy buck. Red Dog has secured Several miles of the Platte River near Brady, Nebraska which is known for its large numbers of mature Nebraska whitetail bucks. A lot of our deer hunters report seeing hundreds of deer in this area over a span of three or four days. This property is flat LOADED with whitetail deer however due the Nebraska deer hunting regulations they do allow rifle hunting during the peak of the rut, which means that the deer here just don't get as big and nasty as the Kansas deer.  That doesn’t stop us from harvesting monster bucks during rifle season. We typically have plenty of great whitetail deer in the 130 to 150 range taken every year in this part of Nebraska.

This Nebraska unit is OTC for Archery and Muzzleloader and a gimme draw for Rifle so you get a wide range of options to choose from when planning your guided Nebraska whitetail deer hunt. If you don't draw Kansas, consider a trip to Nebraska for your whitetail buck. Harvest sizes are almost identical between Kansas & Nebraska because most bowhunters can't pass a true Pope and Young Deer at 10 yards. You have to pass a few of those to get a giant usually. In fact, I don't remember anyone ever shooting a Monster without first passing a few nice ones first.

Our fully guided deer hunts do come with lodging.  We currently do not have a lodge to stay at but there are some really quaint country hotels in the closest town which is a short drive to the property.

Contact us today to book your next whitetail deer hunt in Nebraska.

"Deer were nearly extinct in Nebraska by 1900 due to unlimited hunting. In 1907 the Nebraska Legislature passed a law prohibiting the taking of deer, but recovery took decades. By the late 1930s, deer numbers were estimated at 2,500 in the Pine Ridge. In 1945 the first modern deer season began with a harvest of 275 mule deer and two white-tailed deer. White-tailed deer are now found statewide with higher densities in the east and in riparian corridors. Mule deer occupy the western two thirds of the state and are the dominant species in 20 counties. Hunters will find very good permit availability as archery, muzzleloader, youth and most firearm permit quotas do not sell out until October or when the season closes. Hunters may donate venison to Nebraskans in need through the Hunters Helping the Hungry program." - Nebraska Game & Parks 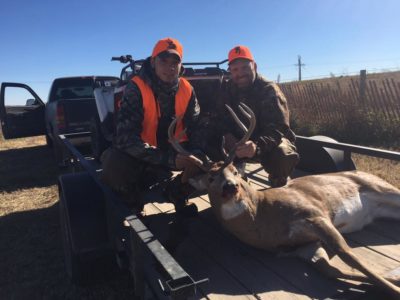 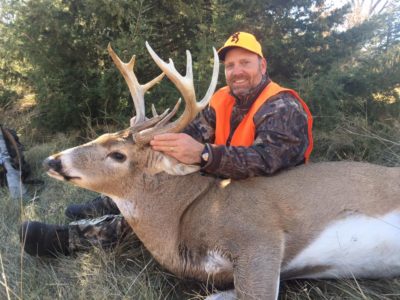 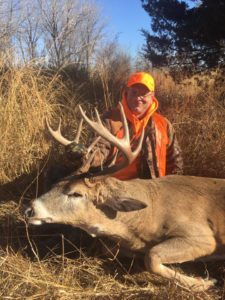 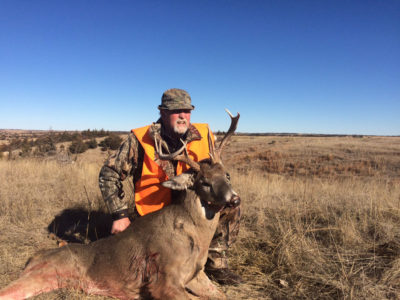 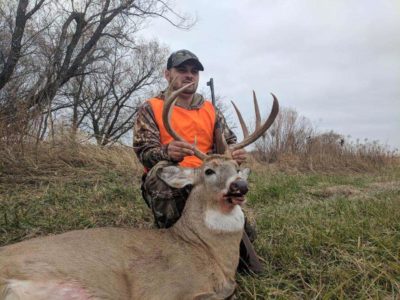