Hunt southwestern Nebraska for a chance at Rio, Eastern and the highly sought after Merriam’s turkey. Our lands have been known to have all three including mix of hybrid species.  Fully guided or semi-guided we will put you on the birds with 1000's of low pressured private acres. Bring your gun or bow and let's have some fun. The rolling hills of western Nebraska hold large flocks turkeys but can be hard to hunt with such an expansive landscape but we will put you on the birds, a lot of birds. Some of these flocks have been know to be 200+ birds. We also have 100's of private acres along the Platte River where large flocks of turkeys call home.  With lots of wildlife and views to take in, this is a must for any turkey hunters. With one of the earliest turkey seasons in the country Nebraska can offer any all weather elements in one season, we have harvested turkeys in blizzard and heat waves. It comes down to our knowledge and scouting of the area. You will be amazed at how great Nebraska turkey hunting can be.

Our fully guided turkey hunts are for the hunter that wants an almost 100% guarantee at a tom. Fully guided turkey hunts run 2.5 days and are mostly guided by myself, the owner of Red Dog Outfitters, Tim Clark. Fully guided hunts include lodging, meals, travel to each hunting spot, decoy setup, and calling. I will even provide the blind, chairs and jokes. Book a Turkey Hunt with me, shoot turkeys and feel good about yourself while doing it. Then we can eat Turkey Sandwiches. Big time fun.

Nebraska offers up to three over the counter tags to out of state hunters. Simply purchase your tags in state or even online with a mobile permit, doesn't get any easier. Nebraska offers one of the earliest bow turkey seasons around, must years several weeks before the Kansas season.

Don't forget we also offer very good turkey hunting in northwest Kansas, with good numbers of Rio turkeys, only hours away from your Nebraska hunting location! 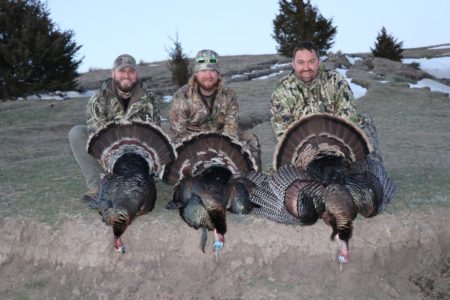 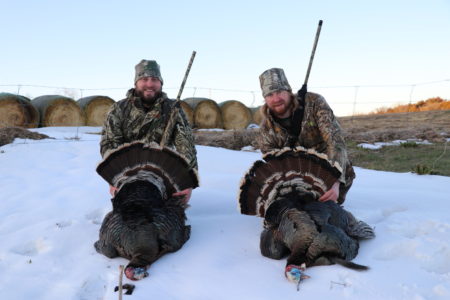 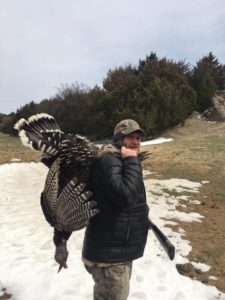 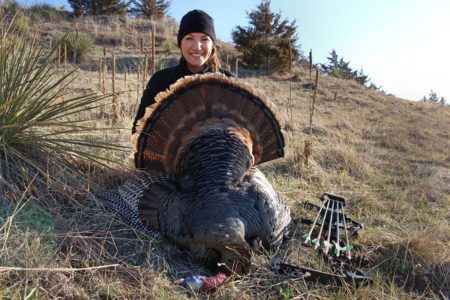 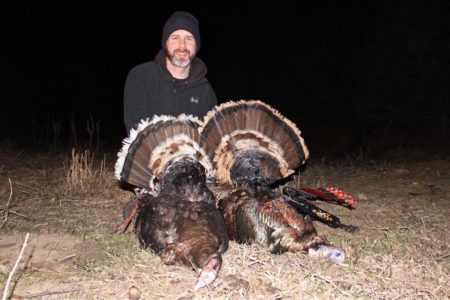